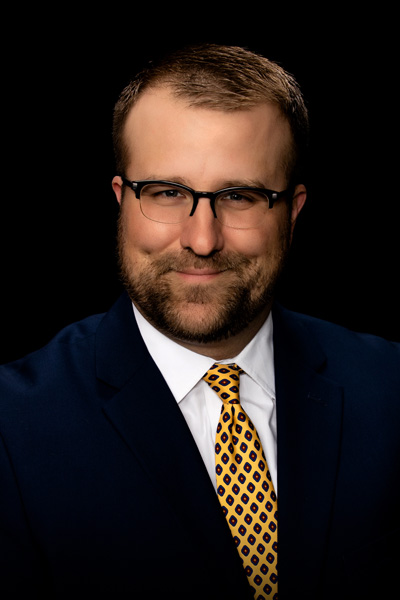 Ryan S. Vogel was born and raised in South Dakota, growing up in Doland. After graduating from Doland High School, Ryan obtained his Bachelor of Arts degree in Sociology/Criminal Justice from Northern State University in May 2006. Following the completion of his undergraduate studies, Ryan enrolled at the University of South Dakota School of Law and graduated in May 2009.

After law school, Ryan clerked for the Fifth Judicial Circuit in northeast South Dakota. Prior to joining Richardson Law Firm in May 2019, Ryan served as the Chief Deputy State’s Attorney in Brown County, SD and a Special Assistant United States’ Attorney in the District of South Dakota.

Ryan and his wife Jessica have a daughter, Willa, and a son, Arlo.